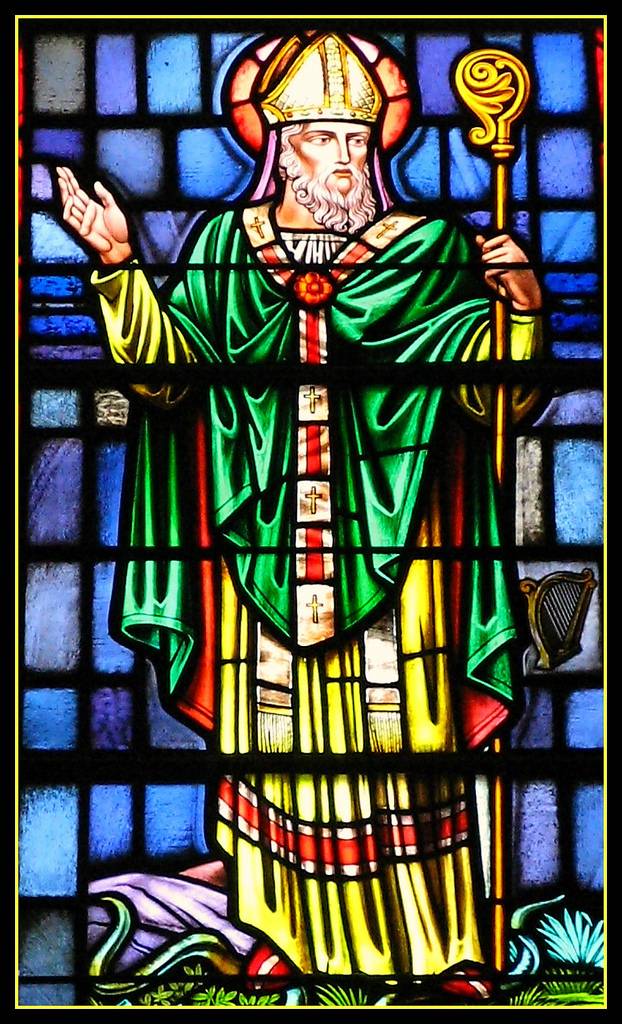 The following history on St. Patrick is from Wikipedia, the free encyclopedia: Saint Patrick (Latin: Patricius) (Irish: Naomh P&#225;draig) was a Romano-Briton and Christian missionary, who is the most generally recognised patron saint of Ireland (although Brigid of Kildare and Columba are also formally patron saints). Two authentic letters from him survive, from which come the only universally accepted details of his life. When he was about 14 he was captured from Britain by Irish raiders and taken as a slave to Ireland, where he lived for six years before escaping and returning to his family. After entering the Church, he returned to Ireland as an ordained bishop in the north and west of the island, but little is known about the places where he worked and there is no contemporary evidence for any link between Patrick and any known church building. By the eighth century he had come to be revered as the patron saint of Ireland. The Irish monastery system evolved after the time of Patrick and the Irish church did not develop the diocesan model that Patrick and the other early missionaries had tried to establish. Most available details of his life are from later hagiographies from the seventh century onwards, and these are not now accepted without detailed criticism. Uncritical acceptance of the Annals of Ulster would imply that he lived from 340 to 440, and ministered in what is modern day northern Ireland from 428 onwards. The dates of Patrick's life cannot be fixed with certainty, but on a widespread interpretation he was active as a missionary in Ireland during the second half of the fifth century. Saint Patrick's Day (17 March) is celebrated both in and outside of Ireland, as both a liturgical and non-liturgical holiday. In the dioceses of Ireland it is a both a solemnity and a holy day of obligation and outside of Ireland, it can be a celebration of Ireland itself. The stained glass window detail was photographed inside the Sacred Heart Catholic Church, Dover, NJ, USA. Photograph Copyright 2009 Loci B. Lenar