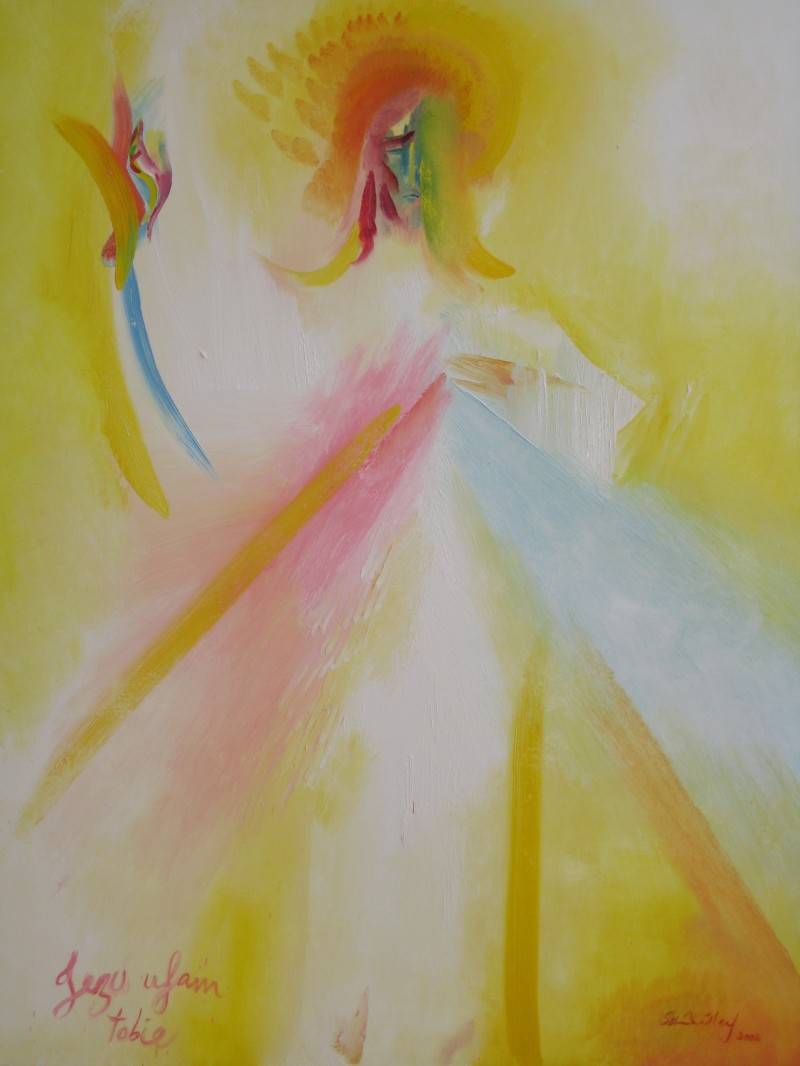 In 2008, Stephen B. Whatley received the moving request for permission to reproduce his painting 'Je&#122;u Ufam Tobie' (2002) throughout the CD cover of a new musical arrangement of the Divine Mercy Chaplet. Written by Susan Hookong-Taylor; who along with her friend Ana Da Costa, perform through voices like angels. Accompanied by George Anstey (bass) and Mark Joseph (percussion/cymbal washes), this heavenly CD was recorded at Round Sound and Number 9 Studios, Toronto, Canada and produced by Shuebedoo Music; for Deepwatersound.ca. In December 2008, Susan wrote to Stephen "...Many people have said that the CD visually is a medidtation on the Divine Mercy and that your painting is a tremendous aid to prayer..." 'Je&#122;u Ufam Tobie' is Polish for Jesus, 'I Trust in You' - and originates from the life and visions of Christ to the Polish nun, Sister Faustina, in the first half of the 20th Century - and now known as St Faustina. Copyright 2009 Stephen B. Whatley

Ted
10:21 AM on April 4, 2013
Much more sublimely, as in colours, I have seen this/HER in my dreams! With out any discernible features. Unlike portrayed in this painting. I HAVE seen an entity, spiritual on an irregular time frame. Holy messenger?