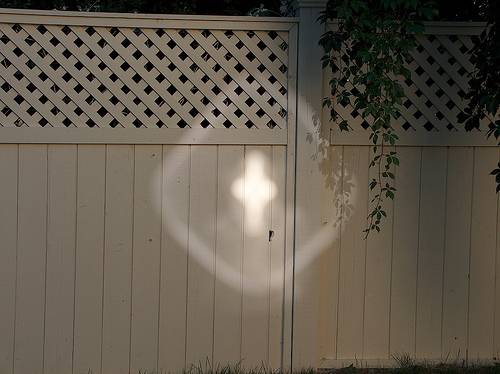 On several occasions during 2005, a luminous cross with an outline of a shield appeared on our backyard fence. Again in 2006, the same miraculous cross was visible on Palm Sunday. On September 3, 2007, the bright cross appeared on our property and then again on September 6, 2008. It has also appeared in March of 2009. Photograph Copyright 2005 Loci B. Lenar